I recently had to spend a midweek day off with the children. I offered them a choice between either going to a park or a castle. I thought they would opt for a park but they immediately got excited about the prospect of visiting a castle.

Since there was agreement, we finally decided on the castle to go to since Belgium has its fair share of castles. I had always seen signs of Chateau de Beloeil on our trips to Lille or Pairi Daiza and have always been intrigued especially since it is also famous for its flower show and the yearly classical music concert. The castle opens at 1pm.

Chateau de Beloeil is considered to be the Belgian Versailles and on our visit we discovered that there is a reason for this. The park is very large and forms with the castle a very interesting place to visit away from the crowds.

We were there on a weekday and among the first to arrive so  pretty much had the castle and park to ourselves. The castle has beautiful antique furniture, some unique pieces as well as beautiful tapestries from a once glorious past. It used to be the residence of the Princes de Ligne.

The French garden in the castle grounds offers a harmonious blend of water and nature, shadow and light. It is still maintained to its original design from 1664.

The Beloeil castle is surrounded by its moats and gardens and has been in Beloeil, Hainaut for the past eight centuries. It was a medieval fortress which was eventually transformed into a country home.

The children enjoyed their visit to the castle and were particularly impressed by the library with its over 20,000 books. They also enjoyed the walk in the park as well as the fish in a rather large pond. The castle is also famous for the annual classical music festival which is organised in September. We hope to visit the castle again in September for this event.

If you are heading to the Castle of Beloeil there is a culinary tip that I would like to share with you. On the way to Beloeil or to Brugelette to visit Pairi Daiza, you will come across a very small rural village called Gibecq.

It is well known for its free range chickens. They are called the Poulet de Gibecq and you can stop and buy them as well as other great products from a little farm shop in the village of Gibecq.

The farm shop is unfortunately only open on Wednesday and Friday afternoon (so you need to plan your trip accordingly) or else on Sunday mornings. The good thing is that they are also available in some butcher shops around Belgium so you would do well to ask for them.

The chickens are free range and allowed to grow naturally. They are fed with grains which come from farms in the area of Hainaut. Their feed is even milled in the area. They have a splendid taste unlike more commercial chickens you find in supermarkets. I therefore highly recommend them. The farm shop also has other culinary delights such as exceptional bio yogurt as well as products from the area.

If you are ever in the area, this is really worth a stop.

There is no doubt to my mind that Pairi Daiza is one of the best attractions in Belgium. I would dare to say that it is probably also one of the best animal parks you can visit in Europe such is the beauty of this dream garden of 55 hectares.

Pairi Daiza can be found in Brugelette within the ruins of the Cistercian Abbey of Cambron and is protected from the outside world by a wall that stretches three kilometres. It means enclosed garden in ancient Persian. It is the oldest known name for paradise. This is really a paradise for children and adults alike.

The garden is an architectural and cultural treasure. You will be surprised by the attention to detail that has gone into the development of the park. The architecture of the garden has been created by workers from China, Indonesia, Thailand and Africa adding to the authenticity to the place.

The park is constantly being upgraded so no visit is the same. This year, to receive the pandas, the already massive Chinese garden (the largest in Europe) has been enlarged.

I must confess that I have lost count as to how often we have been to this park. This is the third consecutive year we get a season ticket (if you go twice in a season you are better off getting a season ticket) and we and the children never get bored of visiting this botanical garden and animal park.

This year, there is the obvious added attraction of two Pandas which have been given to the park by the Chinese government for 15 years.

At Pairi Daiza you will find first and foremost nature, with beautiful ancient trees, huge birds of all kinds flying around the park, beautiful ruins of the Cisterian Abbey, flower beds and beautiful  plants coming from across the world.

There is an aquarium within the park which is well worth a visit as well as a huge playground just below it.

The train ride, always a winner with the children is not running this year and will only be ready for next season because the park has been enlarged. It is maybe a pity since this is one of the best ways to view the beauty of this park.

If you have never been to this park (and you live in Belgium) then you might hesitate before getting a season ticket. But it is worthwhile given that the park has now grown to the extent that it has become difficult to view it in one day.

The park is divided into different sections including the Cite des Immortels which includes the pandas and leopards, the Terre des Origines with lions, tigers, elephants, camels, rhinos, hippos, giraffes and zebras among others. There is also the Royaume de Ganesha with a temple and other animals, the terre du froid and two lakes with an incredible variety of birds. There is the Porte des Profondeurs, the area with the aquarium, seals, otters and penguins among others as well as the Porte du Ciel.

Pairi Daiza also has a number of places where to eat. The most impressive is the new Brasserie which serves typical brasserie food and also has a brewery inside where they brew their own beer of Domaine Cambron. Both beers made here are worth trying.

No blogpost can do justice to this marvellous place. I therefore leave you to enjoy some photos of the park. 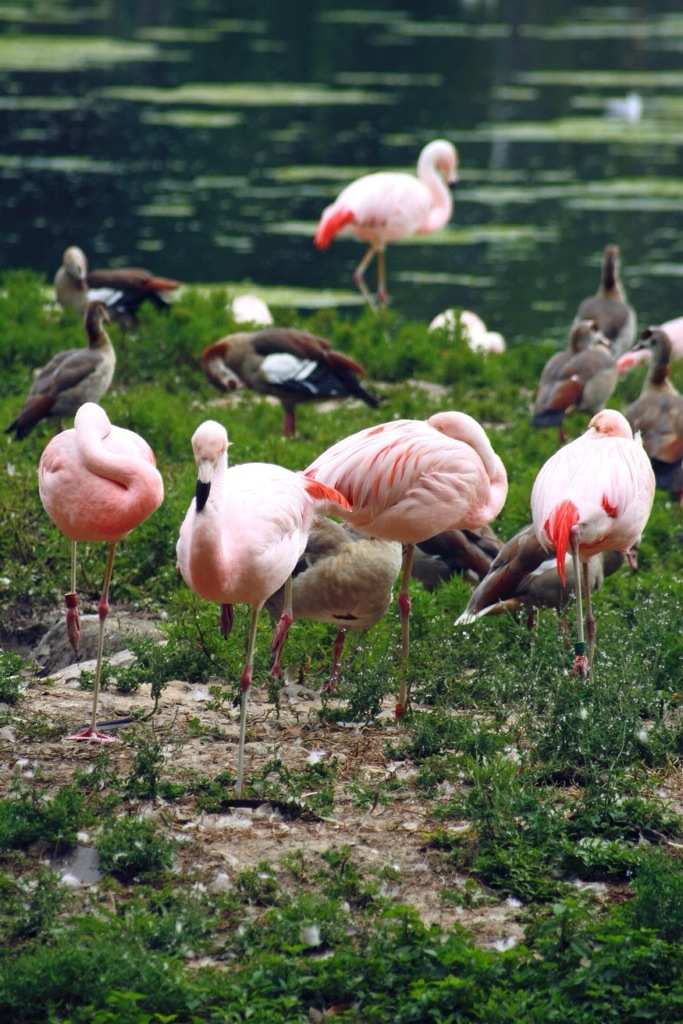 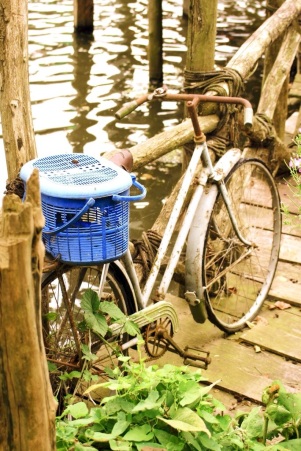 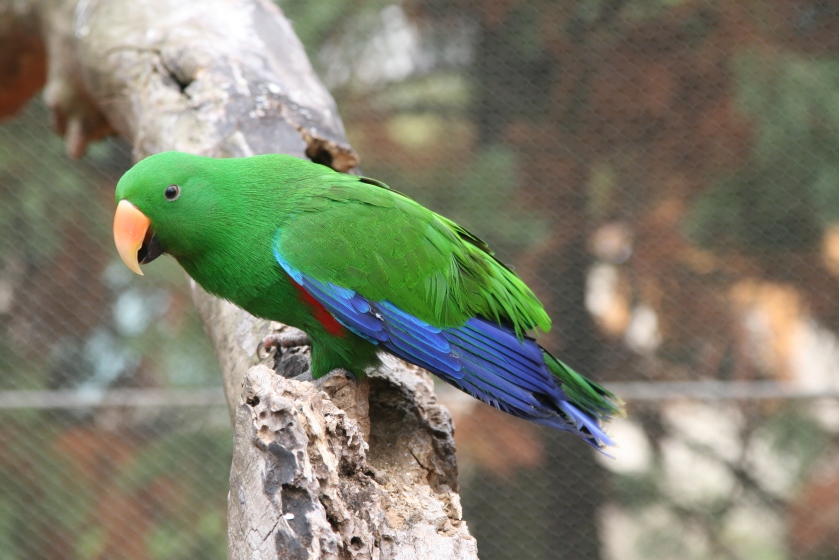 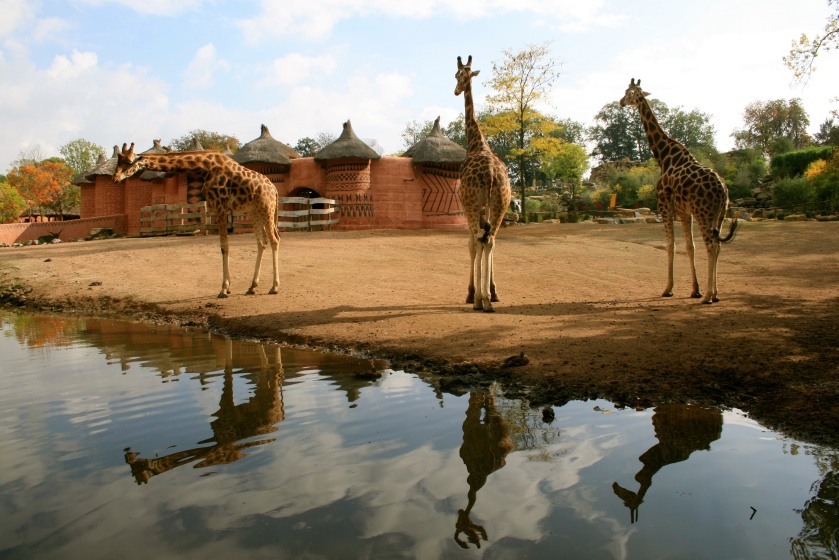 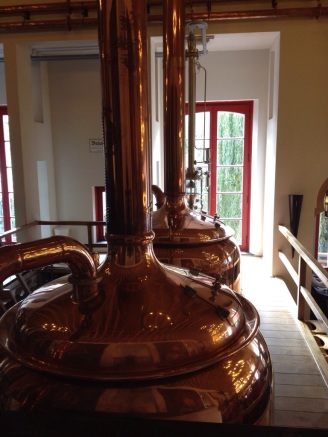 The park is open everyday from the start of the Easter holidays through to the end of the All Saints holiday. This year the park will therefore close on 2 November.

Details on the daily passes or annual subscriptions can be found on Pairi Daiza’s website.

Living in a city means that sometimes you feel the urge to get out and experience nature. It must have something to do with the fact that after 30 years living in Malta, even after nearly nine years in the Belgian capital, we still feel the urge to explore what Belgium and its neighbouring countries have to offer.

But when we run out of ideas or are too lazy to think, there is a place we turn to time and time again. Whether its winter, spring, summer or autumn, Chateau de la Hulpe and its surrounding land is a fantastic place to relax and enjoy peace and quiet.

The Domaine Solvay de la Hulpe extends across 227 hectares of greenery, woodland and ponds. It is a perfect place to go for a walk, to cycle, to take children for a picnic or to lose yourself in the serenity of this Natura 2000 side which is also considered as an important heritage site in Wallonia.

The Chateau is imposing but the lands are also impressive with every kind of vegetation and natural environment that can be found in this region.

You are likely to be impressed any season you go. One tip, if you want to avoid the crowds then go either during the week or else in the morning. Most people end up going there in the afternoons even though it still remains extremely pleasant.

Apart from the walks and nature, the grounds also house over five hundred works of famous Belgian artist Jean-Michel Folon. Just follow the signs to Folon Foundation and you will find the splendid collection in the farm of the castle of La Hulpe. There are more than forty years of his creations.

This is really an inspiring museum which I highly recommend visiting. Note it is closed on Mondays like most museums in Belgium.

Just outside the museum is a bistro with the most amazing views of uninterrupted countryside. However, don’t expect to eat well here. The choice on the menu is very limited. But if you head there after lunch and are lucky to have gone on a nice day, then you can sit on the terrace and have a superb view while enjoying a Belgian beer or coffee.

If you want to eat somewhere close then follow this link to my blog post on Lac to Genval.

Summer has started and we have had our fair share of barbecues already. Crisis point was reached a few days ago when we ran out of our special mustards with tarragon and Riesling which we had purchased from our annual visit to Monschau, Germany during the Christmas season.

We had never visited the idyllic town during spring or summer for some reason and have always associated the town with winter especially given how spectacular it looks when it snows. So, we did what some might consider a crazy day trip, which is heading to Monschau to stock up on mustard lest our barbecues suffer from the lack of magic ingredients.

Now you might probably have realised that when it comes to food, I do not cut corners and am bound to take a detour if I can procure great ingredients. But, given the fact that until a few years ago, I was not really keen on mustard, you will understand that the Monschau mustards are indeed special. All it takes to convert to the joys of mustard are a trip to Dijon or Monschau, away from the commercial stuff you find in supermarkets.

But back to Monschau. Monschau is a beautiful town located in the hills of the North Eifel within the Hohes Venn – Eifel Nature Park in the narrow valley of the Rur river.

The historic town centre has many preserved half-timbered houses and beautiful narrow streets which look as if they have remained unchanged for time so long. The setting is fantastic given the town is literally in a valley and is surrounded by beautiful hills.

The town is extremely picturesque. In summer, all the restaurants and hotels have tables outside making dining al fresco a joy given the stunning vistas and fresh air.

A few shops are worth visiting including some cafes which serve typical German cakes. A bakery just off the main square has typical German breads and sweets from the region while the special mustard shop sells a lot of regional produce including alcohol and pork products.

The drive there from Belgium is also spectacular. You pass through Eupen, a  very pretty Belgian town from the German speaking part of Belgium and then through the the Hautes Fagnes, which is the highest point in Belgium at an altitude of 694 metres.

Verdict: A great place to visit both in summer and winter. If you go in winter, try to visit when it has snowed because the charm of the place is incredible. In summer the town also has great charm.